The September 12 issue of The Economist featured the best article on remote working that I have read in a long time. Here is my summary of it. For the full article, click the link at the bottom of this piece.

People particularly fond of their pyjamas have for decades been arguing that a lot of work done in large, shared offices could better be done at home. With covid-19 their ideas were put to the test in a huge if not randomised trial. The preliminary results are now in: yes, a lot of work can be done at home; and what is more, many people seem to prefer doing it there. This does not, in itself, mean the end of the non-home office. It does mean that there is a live debate to be had. 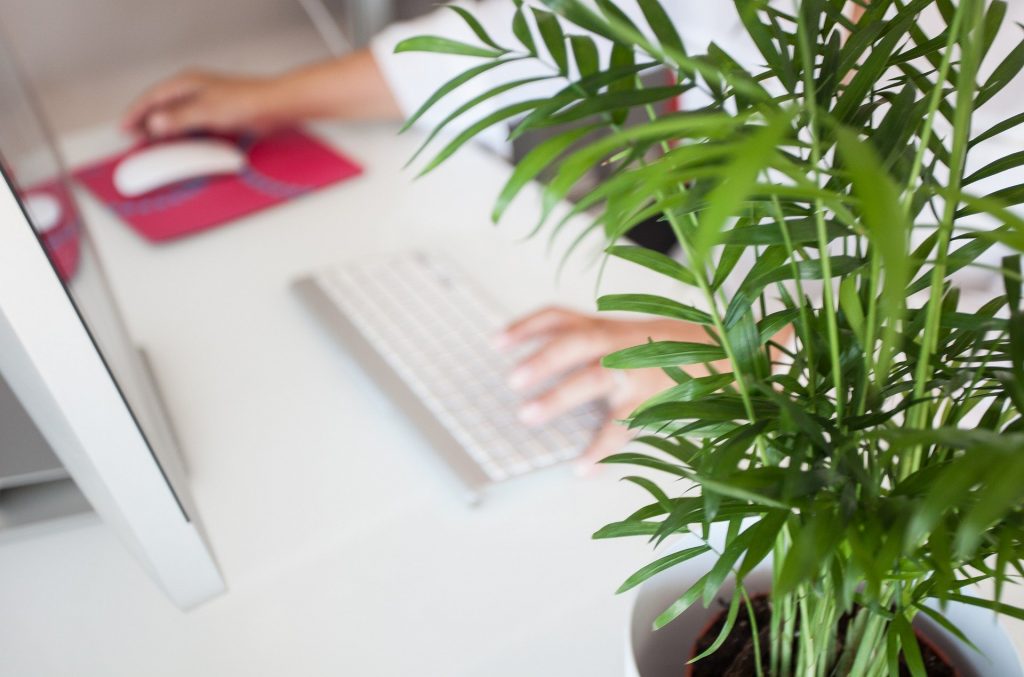 On August 28th Pinterest, a social-media firm, paid $90m to end a new lease obligation on office space near its headquarters in San Francisco to create a “more distributed workforce”. Others seem to be against it. Also, that month, Facebook signed a new lease on a big office in Manhattan. Bloomberg is reportedly offering a stipend of up to £55 ($75) a day to get its workers back to its building in London. Governments, on which some of the burden will fall if the pandemic persists, are taking a similar tack, encouraging people “back to work”—by which they mean “back to the office”.

They face a difficult task. For working from home seems to have suited many white-collar employees. As lockdowns started to ease during the summer, people have gone out into the world once more but many continue to shun the office, even as schools reopen and thus make it a more feasible option for working parents. The latest data suggest that only 50% of people in five big European countries spend every workday in the office (see chart 1).

And there are some interesting cultural differences too. 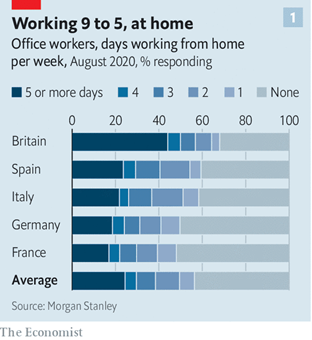 Working from home can make people happier. A paper published in 2017 in the American Economic Review found that workers were willing to accept an 8% pay cut to work from home, suggesting it gives them non-monetary benefits. Average meeting lengths appear to decline (see chart 2). And people commute less, or not at all. That is great for wellbeing. Britain’s Office for National Statistics has found that “commuters have lower life satisfaction…lower levels of happiness and higher anxiety on average than non-commuters’’. 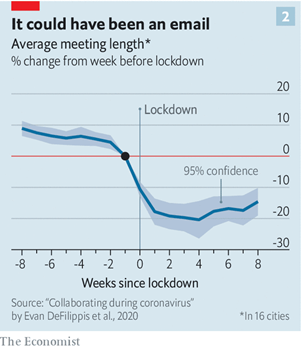 The working-from-home happiness boost could, in turn, make workers more productive. In most countries the average worker reports that, under lockdown, she got more done than she would have in the office. In the current circumstances, however, it is hard to be sure whether home-working or office-working is more efficient. Many people, particularly women, have had to work while caring for children who would normally be in school. That might make it seem as though working from home was less productive than it could theoretically be (ie, when the kids were in school).

A study in 2015 by Nicholas Bloom of Stanford University and his colleagues looked at Chinese call-centre workers. They found that those who worked from home were more productive (they processed more calls). One-third of the increase was due to having a quieter environment. The rest was due to people working more hours. Sick days for employees plummeted.

But there is another interpretation. This says that homeworking is actually more efficient than office-work, and that the glory days of the office are gone. The office, after all, came into being when the world of work involved processing lots of paper. The fact that it remained so dominant for so long may instead reflect a market failure. Before covid-19 the world may have been stuck in a “bad equilibrium” in which homework was less prevalent than it should have been. The pandemic represents an enormous shock which is putting the world into a new, better equilibrium.

Brent Neiman of the University of Chicago suggests 2 factors which prevented the growth of homeworking before now. The first relates to information. Bosses simply did not know whether clustering in an office was essential or not. The past six months have let them find out. The second relates to co-ordination: it may have been difficult for a single firm unilaterally to move to home-working, perhaps because its suppliers or clients would have found it strange. The pandemic, however, forced all firms who could do so to shift to home-working all at once. Amid this mass migration, people were less likely to look askance at companies which did so.

Pour yourself a cup of ambition

The extent to which homeworking remains popular long after the pandemic has passed will depend on whether companies embrace or reject the controversial theory that working from an office might actually impede productivity. The argument largely centres on the extent to which the bringing-together of people under one roof promotes behaviour conducive to new ideas, or whether doing so promotes idle chatter.

A study in 2017 by Matthew Claudel of MIT found that proximity can help people come up with new ideas, but they do not necessarily need to be in an office to do so. 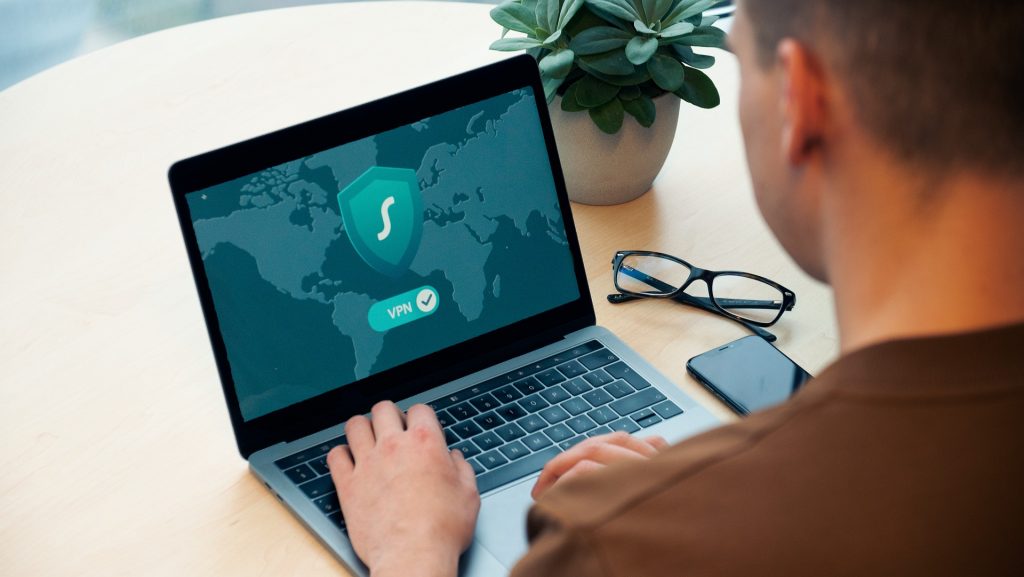 Online Meetings from Home. Image by Dan Nelson from Pixabay

Not everything about working from home is pleasurable. In July, a study from economists at Harvard found that the average workday under lockdown was nearly 50 minutes longer than it was before, and that people became more likely to send emails after work hours. There is also wide variation between workers in how much they enjoy working from home. Leesman, a workforce consultancy, has surveyed the experience of more than 100,000 white-collar workers across the rich world during the pandemic. It finds that satisfaction with working from home varies according to whether that person has dedicated office and desk space or not.

The question is how remote working impacts people in the longer run. Many people report feelings of loneliness. Some companies which have tried large-scale remote working in the past have ultimately abandoned it, including Yahoo, a technology firm, in 2013. “Some of the best decisions and insights come from hallway and cafeteria discussions, meeting new people, and impromptu team meetings,” a leaked internal memo read that year.

For the full article:
https://www.economist.com/briefing/2020/09/12/covid-19-has-forced-a-radical-shift-in-working-habits